GLT72 series Guided Wave Radar is the measuring instruments that based on the time travel principle, the radar wave travel in speed of light, run time can be converted into a level signal by the electronic component.

can be well used in petrochemical equipment hydrocarbons and other media level measurement.

1. Cost-effective. The price of conventional sensors enjoys the quality of radar level gauges.

The price of guided wave radar level sensors is basically the same as other commonly used level measuring instruments (such as float level gauges), which are far lower than the ordinary radar level sensors of conventional AC power supply and electromagnetic wave propagation in space.

2. Strong anti-interference ability, not affected by the environment.

Because the signal is transmitted in the wave guide body, it is not affected by liquid level fluctuations and obstacles in the tank. Therefore, the energy of the return signal received by the sensor is correspondingly strong, about 20% of the emitted energy [0.02mW]. Moreover, the interference spurious signals in the return signal are extremely small, which basically has no effect on the measurement signal.

The wave conductor provides a fast and efficient channel for the signal to and from the liquid surface, and the attenuation of the signal is kept to a minimum. Therefore, it can be used to measure the medium level with a very low dielectric constant. In addition, due to the low energy consumption of the guided wave radar, a loop power supply is used instead of a separate AC power supply, which greatly saves installation costs.

4. The deposition and smearing of the medium on the wave guide has little effect on the level measurement.

When the liquid level decreases, a covering layer formed on the probe by highly viscous liquid or light oil slurry. Because this smear is evenly coated on the probe, it has little effect on the measurement.

5. Changes in dielectric permittivity have no effect on measurement performance.

The ordinary radar must consider the influence of the medium, it is difficult to identify the various signals returned, and to detect the true liquid level signal from the stray signals. Guided wave radar only needs to measure the transmission time of electromagnetic waves, and does not need signal processing and discrimination.

6. The change in medium density has no effect on the measurement.

The change in the density of the medium affects the buoyancy of the object immersed in the medium, but does not affect the propagation of electromagnetic waves in the wave guide.

7. Fog and foam have no effect on the measurement.

Electromagnetic waves do not travel through space, so fog does not cause signal attenuation, and foam does not scatter signals and lose energy. 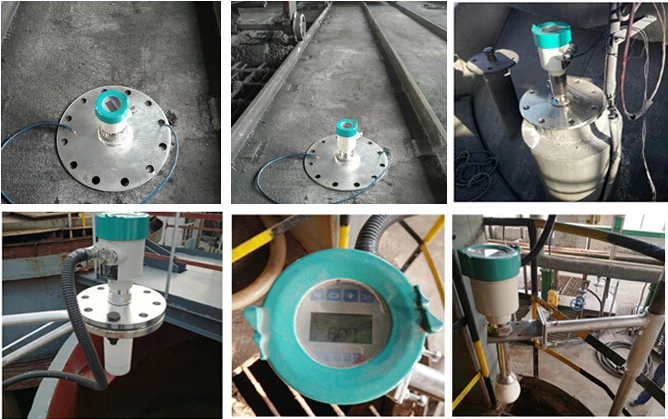